The first of May marks the 50th anniversary of the Mission Australia Centre in Miller.

Fifty years ago, Her Royal Highness Princess Anne opened a new community centre, set up by Mission Australia, then known as Sydney City Mission. At the age of 19 and on her first solo Royal engagement, Princess Anne opened the service, alongside Gough Whitlam who attended as the local Federal Member for Werriwa.

First introduced to Miller locals as the Green Valley Community Centre, the centre was later renamed the Miller Child and Family Centre, known by locals as a space of support and connection.

Charles and Margaret Chambers, who played a key role in the work of Sydney City Mission at the time, were also present at the event.

The opening of Green Valley Community Centre was an exciting occasion after years of planning and hard work.”

"The opening of Green Valley Community Centre was an exciting occasion after years of planning and hard work,” remembers Margaret. “It all began because the State Housing Commission asked the Mission if it would be interested in building a Recreational Centre in the Liverpool Area as they were building many homes and there was very little for people to do.”

Within months of its opening, the Green Valley Community Centre was alive and buzzing with programs and activities that catered for a variety of community needs. Services such as a first-class pre-school kindergarten, coffee shop, gymnasium, auditorium with 300 seats, workshop space for carpentry and metalwork, several counselling rooms and more. 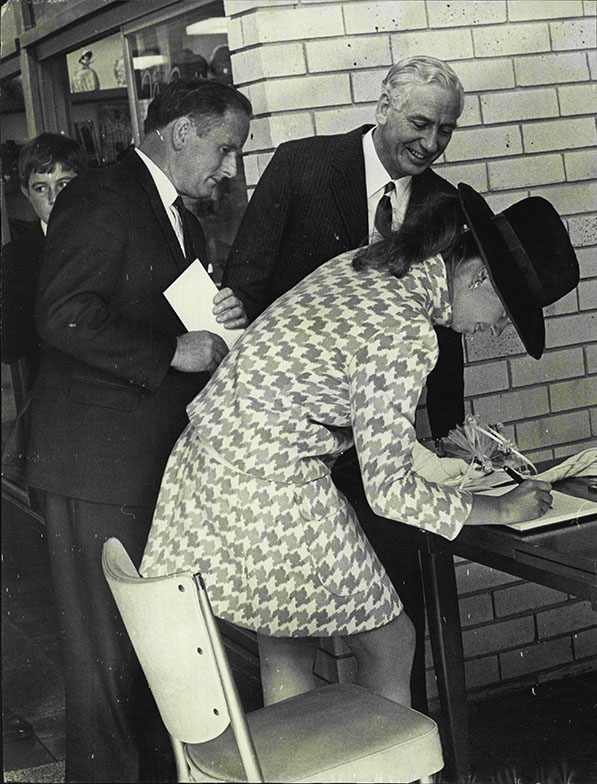 Over time, the centre has adapted to the community needs, providing tailored care and services to the Miller community. Approximately 2,500 individuals were supported by the Centre in the last financial year. It continues to make a significant impact in the lives of community members today.

“The ability to be agile and adapt to community needs is crucial to ensuring we deliver the best support for the people we serve,” says Mission Australia Area Manager for South West Sydney, Saeli Masina. “We have welcomed more families that have English as a second language and with that, we have adjusted to the changes - hiring bilingual staff and delivering clear and culturally appropriate messaging.”

The ability to be agile and adapt to community needs is crucial to ensuring we deliver the best support for the people we serve.”

Our aim is to be a strong anchor in the community, to be purpose-driven and client-centred with a strengths-based approach. In the Miller community, we continue to address the risk of homelessness and raise awareness of child, youth and family early intervention support and employment opportunities.

The Mission Australia Centre is most well-known for the Miller Community Pre-school, which originally opened with 90 children and continues to this day, now operating with more than 100 children enrolled. The pre-school has achieved an Exceeding rating for all National Quality Standards and is highly valued in the community for providing specialised care for children with disability.

Jo-Anne Platt, Centre Manager for the Miller Community Pre-school says Mission Australia’s impact in the community is multi-generational. ‘We now have a young man who brings his four-year-old daughter to pre-school, who remembers coming here as a young child,” she says. “He remembers being educated by a number of our staff who still dedicatedly serve the current generation of Miller locals!’

The legacy and impact of the Centre is a testament to Mission Australia’s incredibly dedicated staff who have built relationships with the Miller community for fifty years.

In hindsight, the May 1970 edition of the Sydney City Mission Herald was right in its description of the centre in Miller.

‘The final success of the Centre will not depend so much on the magnificence of the building, or indeed in the multiplicity of activities that will finally go on here, but in the spirit of goodwill and friendship which the place and the people help to create.’