The Great Australian Dream is not a harbourside mansion

It's just a roof over your head.

The housing market is a continuum. At one end, there are the homeowners, followed by the would-be homeowners and private renters and then, at the other end of the spectrum, the people who my organisation works with -- the homeless and those in rental stress and at risk of homelessness.

There is significant agreement that, across this spectrum, we need to see reform.

Specifically within our sector there has been much discussion about overhauling current homelessness and social housing funding. We, along with many others, have welcomed all efforts to deliver affordable housing and better services for homeless people.

We have advocated for reform and indicated our willingness to participate but the white paper process was abandoned and no further consultation mechanism developed. We have lobbied successive governments to commit to a longer term strategy that addresses all the issues of the housing market. We've attended working parties and submitted endless submissions of the issues.

At the last census count 105,000 people were homeless, the new data will be out later this year and it'll be a minor miracle if that figure has not risen.

So it was deeply concerning to learn via the media that social housing and homeless funding may be scrapped with no engagement from the Government and no sense of what, if anything, would replace it.

That money, called the National Affordable Housing Agreement (NAHA), funds vital homelessness services and social housing across Australia. The impact on the most vulnerable in our society, were it ended, would be significant.

The heightened uncertainty around this funding comes on top of the stop-start uncertainty of recent years of funding through the National Partnership Agreement on Homelessness (NPAH) -- a top-up funding for homelessness services. COAG finally announced in December last year to extend this for a further 12 months but long-term certainty is needed.

We want the Government to work with the community and private sectors and commit to a model which will make a difference. A model that guarantees more social and affordable homes, in better locations, in a manner which is scalable and ongoing.

There are plenty of international examples that work. From Low Income Housing Tax Credits to government-backed bonds. However, they all require one critical factor which is missing in Australia -- government commitment to funding. The community and private sectors cannot solve this problem alone.

In the meantime, we need to help those who are in crisis right now through continued and adequate funding for homelessness services.

In their talk of efficiencies and budgetary savings, the government should not forget shelter is a fundamental human right.

Because we see the desperate need day in, day out. Not just the people sleeping rough but the invisible homeless, the men, women and children who are living in cars, in tents, couch surfing or in extremely overcrowded dwellings.

At the last census count 105,000 people were homeless. The new data will be out later this year and it'll be a minor miracle if that figure has not risen. I know many people have observed the increasing numbers of homeless they are seeing on our streets. Or they know from their own experiences; the young people in their families who are struggling to afford rent, or elderly relatives who are facing retirement without a secure home.

In their talk of efficiencies and budgetary savings, the government should not forget shelter is a fundamental human right. Shelter does not mean a habourside mansion or even a place that you physically own. But it does mean a safe and secure place, and for many Australians that is still a far off dream. 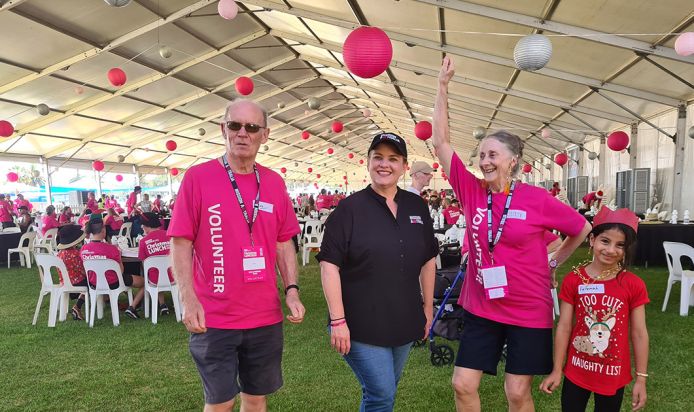