From the moment little Lawson arrived, his resilience held the family together.

Born prematurely at 24 weeks and weighing less than 800g – roughly the weight of a can of coke or small loaf of bread – Lawson spent the first 100 days of his life inside an Intensive Neonatal Care Unit at a hospital in Tasmania.

Separated from her beloved child by a glass window watching Lawson rely on a machine to breathe was devastating for her new mum, Maddison and dad, Isaac.

Maddison soon lost count of the number of operations and days spent at the hospital. Right before another operation to treat fluid in Lawson’s brain, Maddison got the chance to hold her baby in her arms for the first time.

A month after the surgery, Lawson was still in the hospital. After a series of surgeries, the doctors spoke to Maddison and her husband about Lawson’s options for palliative care.

With their permission, the doctors turned off the machines and for the first time in his life, Lawson was carried home.

“Although it was the worst day of our lives, we did something a normal family would do and went for a walk outside,” says Maddison.

I remember everything from that day, and always will.Maddison

When Maddison brought Lawson home, the nurses told her and her husband Isaac about our Early Childhood Early Intervention (ECEI) program, delivered by Mission Australia as an NDIS Partner in the Community. She connected with us to help the family navigate some of the disability and early intervention services available.

Our ECEI program in Tasmania connected the family to specialists that could help Lawson as best as possible to access disability and early intervention supports.

With support from physiotherapists, speech pathologists, feeding specialists and more, Lawson began to show progress. Despite the uncertainty of his condition, Lawson has learned how to reach for toys and move around the house like other toddlers.

Thanks to funding from the National Disability Insurance Agency, Lawson’s development and wellbeing is monitored frequently by our ECEI team on the North West Coast. Our team ensures Lawson has all the early intervention support he needs and provides Maddison with parental support. 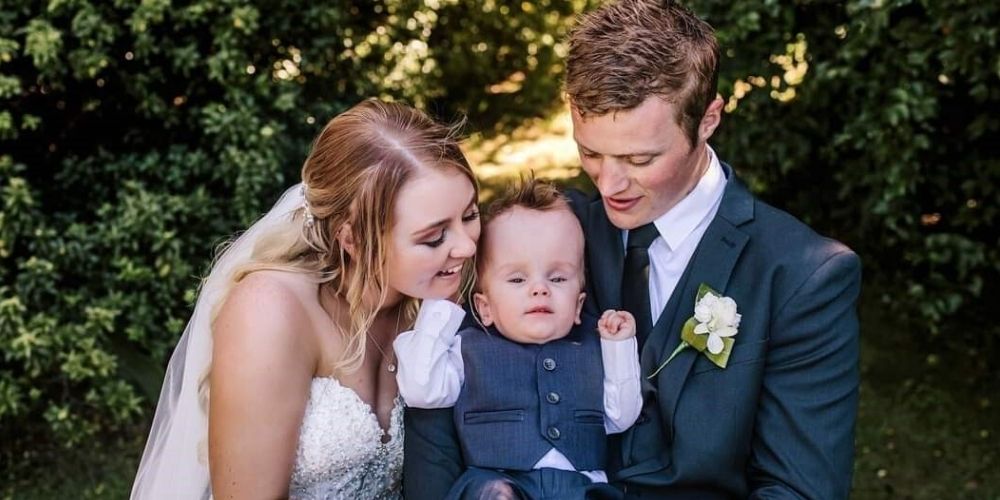 Making memories as a family

“Our family decided that we were going to make memories together,” says Maddison.

The ECEI team encouraged Maddison to document Lawson’s life and share the family’s story. They began sharing each step of Lawson’s journey on social media and captured the hearts of many people in the community.

Although it's a long road ahead, we continue to support the resilient family as they strive to enjoy each day to the fullest and make lasting memories with Lawson.