Since 1979, Missionbeat has been patrolling inner Sydney streets seeking out and offering support to people. This has primarily included men and women who are either experiencing homelessness, intoxication or dependence on alcohol or drugs.

Over the last 40 years, the service has connected people with safe accommodation, medical care, food and clothing or, as a last resort, a blanket or a street swag. We’ve worked hand-in-hand with the community responding to public calls for help as well as calls from police, ambulance, community services and government departments. 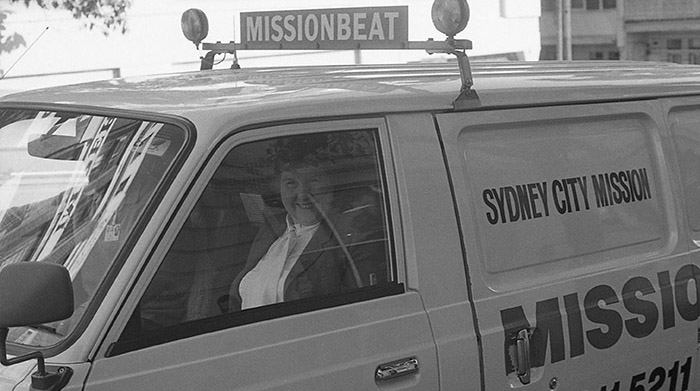 Evolution of the Missionbeat service

On a visit to New York City, Mrs Merle Hurcomb (former Sydney City Mission Executive Director) was impressed by the effectiveness of rescue vans operating through the Bowery Mission.

Until it was repealed in 1979, the Summary Offences Act stated that public drunkenness was a crime. At that time, four Missionbeat vans hit the road with a commitment from the NSW state government to fund the operation, taking people to ‘proclaimed places’ where they could receive access to showers, clothing, food, warm beds and care. One such proclaimed place was Sydney City Mission’s Campbell House (now Mission Australia Centre, Surry Hills). The vans were connected by two-way radio with the base at Sydney City Mission’s Swanton Lodge in Surry Hills (now Charles Chambers Court aged care). On 14 January 1980, a twenty-four-hour patrol began.

For the next 30 plus years Missionbeat continued to operate primarily as a transportation service for those in need, bringing them to places of refuge, hospitals or medical care. While people’s immediate needs were cared for, it became apparent that a more comprehensive approach may have more success in supporting rough sleepers away from the streets and into sustainable accommodation.

Long-term partner Westpac sponsored Missionbeat from 2014-2017. During this time they supported advancements in the Missionbeat model. Thanks to their support, we were able to take a holistic approach with a trusted support worker, which Missionbeat is uniquely positioned to provide. 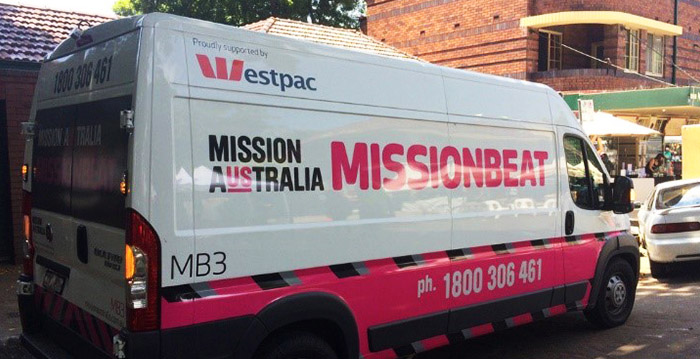 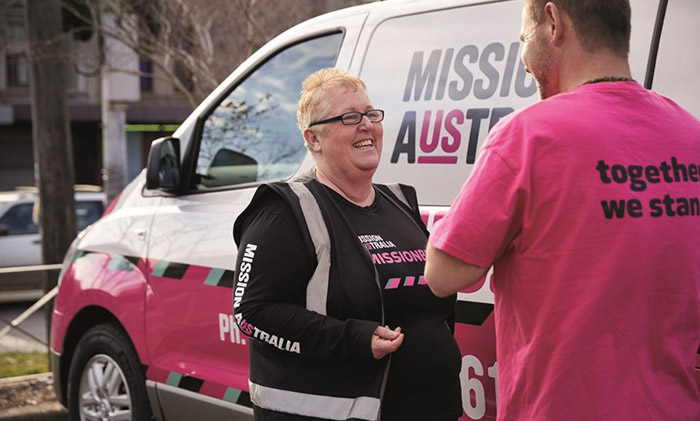 In 2018 the Missionbeat model was redesigned in consultation with our sector colleagues, funding partners and staff.  Since then, we have worked with individuals more intensively and, most importantly, delivered increased outcomes. The new model incorporates an outreach team and an aftercare component.

We are confident these changes will deliver the best service outcomes for Sydney’s rough sleepers. Learn more about Missionbeat in Sydney.

Thank you for your support! We couldn’t do this important work without you.