Mission Australia's Board guides the organisation's strategic direction, oversees management and ensures compliance with the organisation's goal, purpose and strategic objectives. Mission Australia's Constitution requires between six and twelve Directors, who are Independent Non-Executive Directors. Our current Directors bring with them a wealth of experience and expertise, particularly with regards to corporate stewardship.

They act voluntarily and receive no payment for their services, but are compensated for costs incurred while fulfilling their duties. Their knowledge of Mission Australia is maintained by regular visits to our services, presentations and education programs.

The role of the Board is summarised in the Board Charter.

People are at the heart of our business. The role of our Executive Committee is to provide leadership, direction and support to enable our people to perform at their absolute best. Led by our CEO Sharon Callister, the Executive Committee meets monthly to review operations, monitor performance, identify new opportunities and plan for the future. 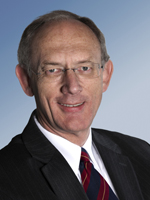 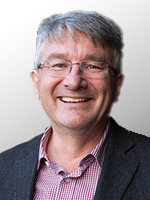 Dr Robert Mitchell AM
LLB, MPhil, GradDipTax, GradDipTheol, MThSt, GradCertMin, PhD, FAICD
Bob was appointed as a Director of Mission Australia on 27 February 2019. He is currently Chief Executive Officer of Anglican Overseas Aid and was previously a senior executive at World Vision Australia, serving in both strategic and operational roles. Bob is a solicitor by background, and was a partner at PwC for nearly 15 years. He is currently a director of Eastern Health and serves on the global board of ACT Alliance. Dr Mitchell is a Council Member of University of Divinity. He has also served as a member of the Federal Attorney-General’s International Pro Bono Advisory Group. Bob is an ordained Anglican minister. In the 2019 Australia Day Honours, he was made a Member of the Order of Australia (AM) for significant services to the community through charitable organisations and to the Anglican Church of Australia. Based in Melbourne, Bob is Chair of the Service Impact Committee and a member of the Board Audit & Risk Committee. 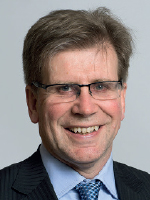 Ian Hammond
BA (Hon), FCA, FCPA, FAICD
Ian was appointed as a Director of Mission Australia on 1 February 2016. He is Chair of Stadium Australia Club and a Non-Executive Director of Mission Australia Housing (Victoria), Perpetual Limited, Queensland Trustees Pty Limited, Venues NSW, Suncorp Group Limited, Suncorp Insurance Holdings Limited,  Suncorp Life & Superannuation Limited, Suncorp-Metway Limited and a board member of several not-for- proﬁt organisations including Chris O’Brien Lifehouse and Quiz Worx. Previously, he was a Partner of Pricewaterhouse Coopers for 26 years and has held a range of senior management positions, including lead partner for several major ﬁnancial institutions. Based in Sydney, Ian is Chair of the Board Audit & Risk Committee, and a member of the Service Impact Committee. 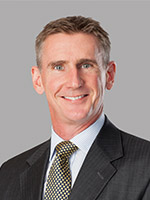 Michael Codling
BSc (Hons), FCA
Michael has recently retired from PricewaterhouseCoopers where, over a 38 year career in Sydney and London, he held various leadership positions including the senior partner role for a number of large financial institutions. He is currently Australia’s representative on the Nominating Committee of the International Federation of Accountants. He also chairs The Freedom Project which is a charity dealing with modern slavery, and chairs the Diocesan Financial Advisory Task Force of the Anglican Church in Australia. It is proposed that Michael will become a member of the Board Audit & Risk Committee. 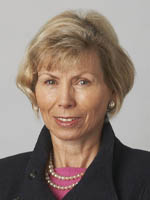 Debra Stirling
BA, GAICD
Debra was appointed as a Director of Mission Australia on 22 February 2017. She is currently Member and former Chair of the Monash University Resources Advisory Board, a Non-Executive Director of MegaRail Pty Ltd, a member of the PNG Government Lae Technical Training Centre of Excellence Task Force,  Victorian Government Resources Roundtable and Council of Scotch College, Melbourne. Debra has previously served as a senior executive for over 25 years in Newcrest Mining, Rinker, CSR and Coles Myer, across industries including building & construction, retail, property, mining, ﬁnancial services, agriculture and manufacturing. Based in Melbourne, Debra is Chair of the People, Culture & Remuneration Committee and a member of the Service Impact Committee. 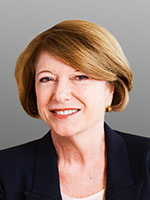 Nancy Fox AM
BA, JD Law, FAICD
Nancy was appointed on the Board on 24 February 2021. Nancy is a Non-Executive Director of Perpetual Ltd, ING Bank Australia Limited and Lawcover, the Deputy Chairman of Taronga Conservation Society and the Chairman of the Perpetual Equity Investment Company. Nancy has also served on a number of not-for-profit companies including the Australian Youth Orchestra and the Australian Theatre for Young People. Nancy started her executive life as a trial attorney but moved to finance early in her career. She spent over 25 years working predominantly in New York, Asia and Australia. Nancy has extensive experience in debt capital markets and infrastructure finance working with AIDC, ABN AMRO and Ambac where she has led a number of significant and ground-breaking transactions in the Australian and offshore bond markets. In the 2021 Queen’s Birthday Honours Nancy was made a member of the Order of Australia (AM) for significant service to the financial and banking sector, and to women in business. Nancy is a Fellow of the Australian Institute of Company Directors (AIDC) and a member of Chief Executive Women. Based in Sydney, Nancy is now a member of the Board Audit & Risk Committee.