After years of sleeping on a park bench, Glen* celebrated moving into his own home – with help from our Missionbeat service, Glen now has a permanent place where he can sleep in peace and cook his favourite meals.

More than 116,0001 people are homeless on any given night. Even in an affluent city like Sydney, people are forced to sleep in temporary and unsafe places.

Glen’s story, from homeless to hopeful

For as long as he can remember, bench number two at a park in Sydney was Glen’s* ‘home’. A series of challenging life events, including the death of his daughter, had left 51-year-old Glen without hope. Overcome with grief and mentally exhausted, Glen felt his life spiral out of control. 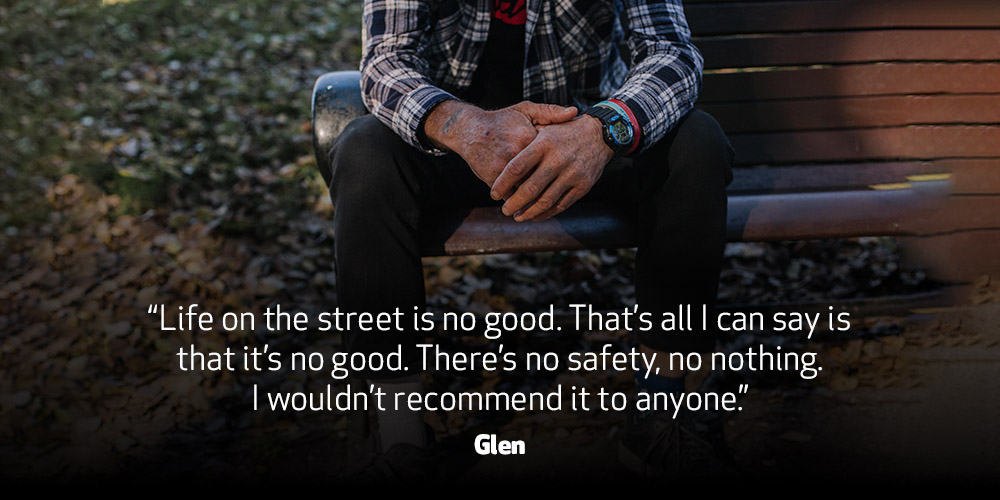 Missionbeat, on a mission to help Sydney’s homeless

When Glen met our team at Missionbeat, he was struck by their willingness to help. Funded by our compassionate supporters, Missionbeat is our mobile outreach service that cares for rough sleepers on the streets of Sydney. Recognised by the iconic Missionbeat van, our teams provide essential support, information and care to help people move from homelessness to housing.

Over time, Glen’s connection and friendship with the team grew until he was ready to apply for long-term housing.

“Getting someone off the street isn’t as simple as dropping them into a room. We need to learn their stories, their struggles, their dreams,” says Patrick from Missionbeat. “Sometimes, it takes months to build trust and give people the dignity they deserve.”

It wasn’t an easy journey but after a year of working together, Glen celebrated moving into his own home.

Missionbeat stuck with me and helped me when there was no one else out there. I was a train wreck, but they’ve done a lot to help me. They’ve gotten my life back to where it was. 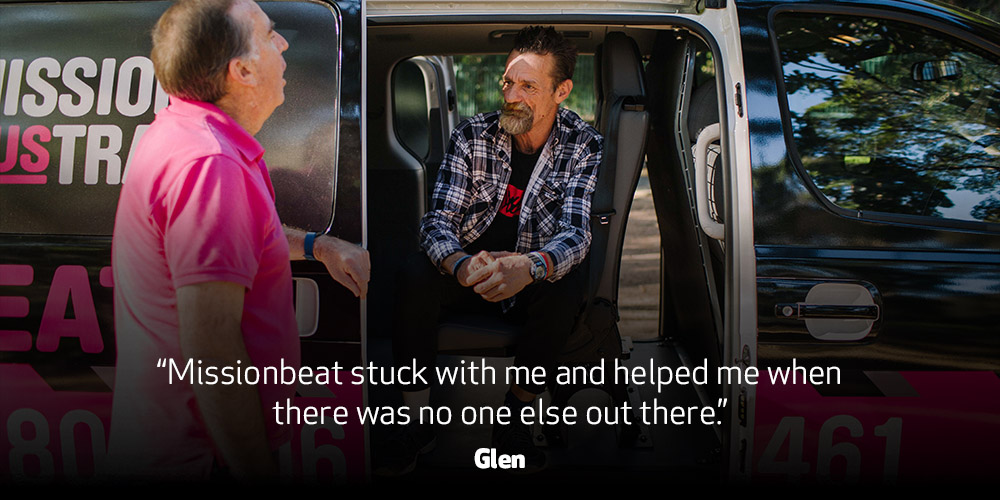 From homeless to having a safe home

Glen experienced transformative improvements to his mental health and wellbeing since moving into his new home. “It’s been two weeks, I've calmed down a lot, getting hold of my mental health issues, everything, I'm getting on top of now, which is a positive thing for me,” he shared.

More than a warm bed or hot shower, having his own kitchen is the best part and he is excited to begin cooking his favourite dishes and recipes.

“The best part of the house would be my kitchen, because I get to cook again, "says Glen. “I'm thinking spaghetti bolognese, or curried sausages that my mum taught me to cook.”

A lot of this wouldn't be possible if Missionbeat hadn't done what they have for me.

Ending homelessness isn’t a linear process, but when a vulnerable person knows someone cares about their survival it empowers them to believe homelessness can end. 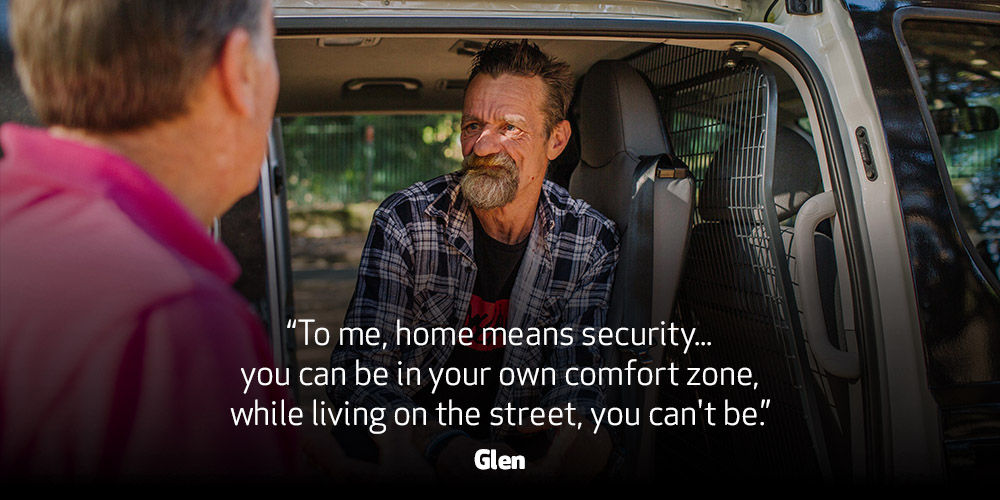 A sudden life change can lead to homelessness

Unexpected changes and circumstances out of their control can cause people to become more vulnerable and less secure. Life events such as the death of a loved one, sudden job loss or relationship breakdowns can expose people to a chain of events that results in losing hope and being unable to maintain a home.

For thousands of Australians, the risk of losing their home is a constant fear. The high cost of rental housing combined with the lack of affordable housing options, particularly for low-income earners, can force many individuals and their families out of their homes with no place to live.

*Name has been changed to protect the identity of the people we help.

Domestic and family violence: from fear to freedom

Homelessness and its lasting impact on children and young people